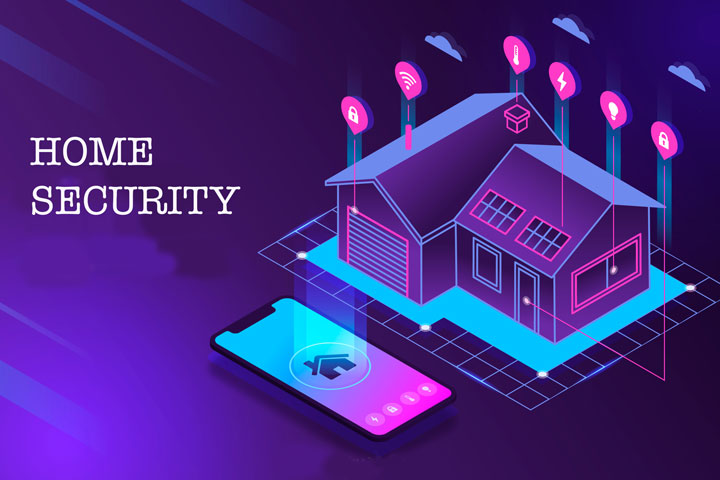 SimpliSafe and Vivint are two giants in the market of home security services. They make it possible to control everything that is going on at home and outside thanks to Wi-Fi security systems, cameras, sensors that react to motion, and other smart devices. Both SimpliSafe and Vivint companies offer self-monitoring with the help of mobile applications, which make it easy to protect your house from any emergency. Are you racking our brains having no idea which smart home protection to choose? Not only you find it a challenging task because both companies Vivint and SimpliSafe, have many great features. Check our detailed Vivint vs. SimpliSafe review to make the right choice that will meet all your expectations. Let’s get started!

Are companies alike or not? In fact, they have much in common. SimpliSafe vs. Vivint alarm systems for a home have at least seven similar features.

As you can see, there are many similarities between the companies. Are there any differences? Let’s compare SimpliSafe and Vivint. The very first difference that you, as a customer, will notice is the installation. SimpliSafe offers DIY installation while the Vivint system is installed by a professional. The most significant difference between these two companies is the cost. Those who want to save money, give preference to SimpliSafe as there is no need to sign a contract to use the services. Vivint users will enjoy more features, but the price will be higher.

One more feature you should pay attention to in the Simplisafe vs. Vivint comparison is the following: Vivint remains the owner of all the equipment options. The customer can finance home security only if he/she has a good credit history with a score that isn’t lower than 600. Do you have some smart devices in the house? If yes and if they are from Nest company, then you should think about choosing Vivint. Its system is compatible with Nest smart devices. 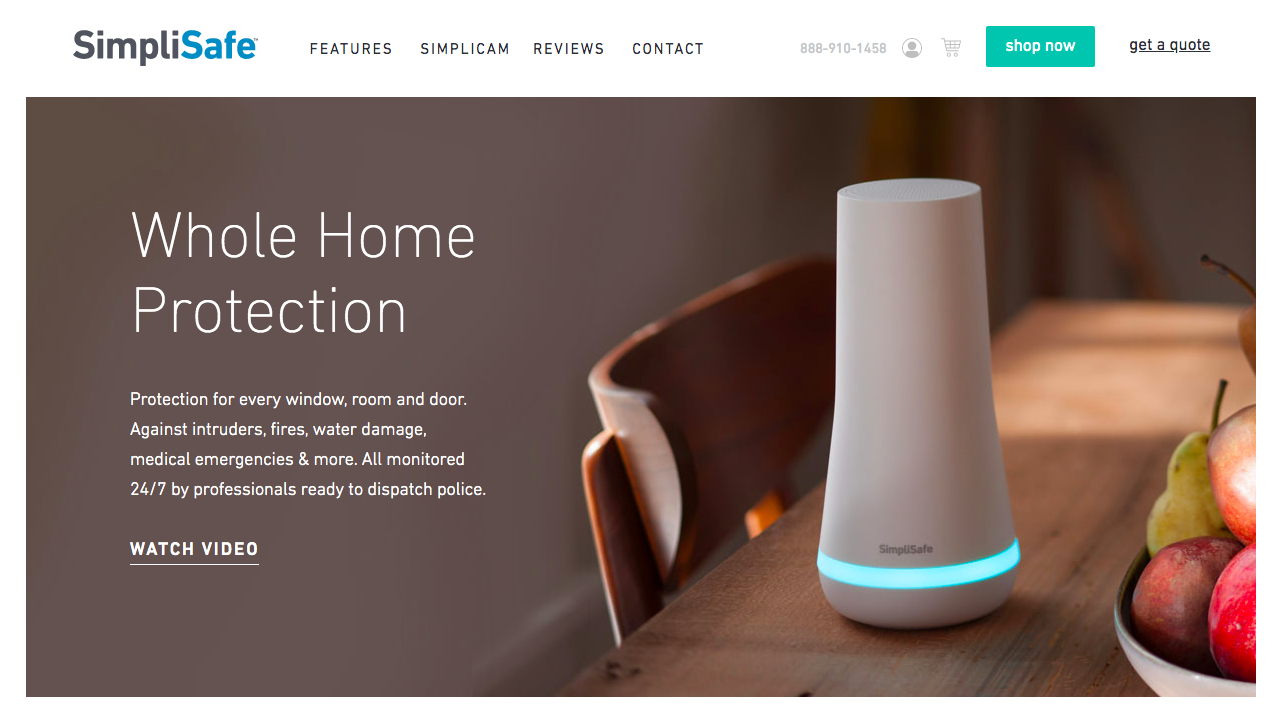 SimpliSafe is a great home security system that can be installed by a smart homeowner within several minutes. SimpliSafe works effectively, having connections to CO detection alarms, fire, motion detectors, and other items. SimpliSafe provider offers a wide range of benefits at a relatively low price, which makes it one of the best security systems. It costs cheaper than any other home security system of the same quality. It provides you with the possibility to monitor what is going on in your house 24/7. If something bad happens, the SimpliSafe provider will inform the emergency center. Sounds great, doesn’t it?

SimpliSafe company has been in the market of home security for years and has got a large experience in protecting smart homeowners from any possible inconvenience, challenging situation, etc. The SimpliSafe company offers home security solutions for different types of apartments. Whether you are living in a small or a large house, you’ll find the most suitable option for you.

The only disadvantage you may notice is that SimpliSafe isn’t the best option to choose if you want to use it with some other smart home devices. In case you have some large smart home platform you’d like to synchronize your home security with, you’d better pay attention to the more sophisticated option like Vivint. 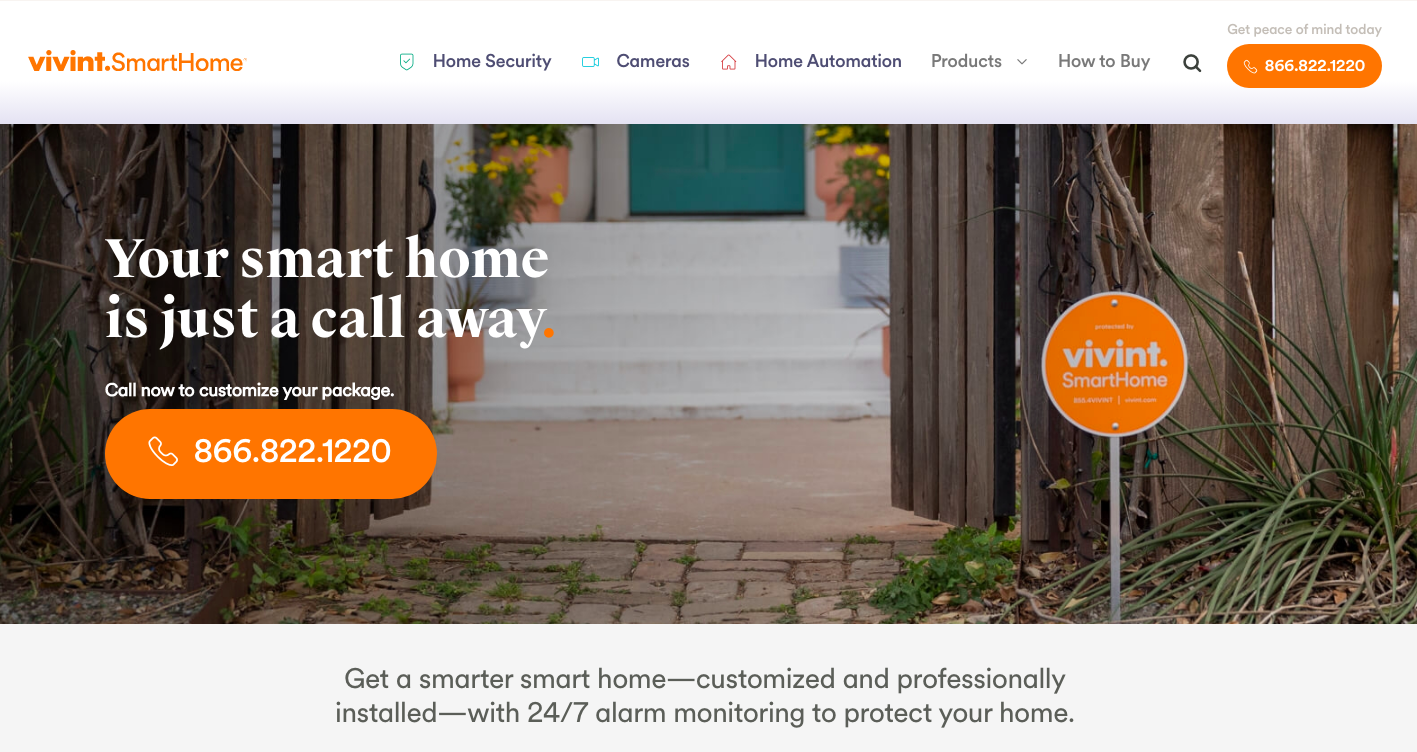 Vivint has a reputation for the company that offers advanced security solutions. You’ll benefit from many options offered by this company. Among them is the possibility of having the system installed by a professional for free. Vivint is the system that requires professional installation, which is also a benefit. You’ll know for sure that all the pieces of equipment function properly and will be able to consult the specialist while he/she is at your house.

Vivint home security systems have a high rating among smart homeowners, which means that they work effectively. The company offers top-notch quality equipment options, each of which shows great performance. There are such innovative features as a voice recognition option and a modern touchscreen. All the devices are user-friendly and don’t require any special preparation before using the system. One more great feature is the compatibility of Vivint with the Nest products.

The only feature that can be considered a con by someone is the need to sign a long-term contract if choosing Vivint. The monthly cost for home security monitoring is also a bit higher compared to the cost of the SimpliSafe.

Both home security systems offer high-quality products that perform their functions on A+. But if to compare which company is more sophisticated, then, Vivint will be the winner. The company has more equipment options and offers a lifetime warranty. Most users claim that it’s more convenient to use Vivint equipment than the options offered by SimpliSafe. Whether you decide to buy SimpliSafe or Vivint, you’ll enjoy Wi-Fi connections, the possibility to manage alarms, and have everything under control round-the-clock in the non-stop regime.

There is a big difference between SimpliSafe and Vivint in terms of contracts. Most customers choose SimpliSafe when they discover that the company doesn’t require users to commit to a contract. You will pay every month for home security services if you give preference to this system. As for Vivint, they provide users with a great option – the period within which you can enjoy all the benefits of home security for free. But when it’s over, you need to pay for the regular monitoring and the equipment options.

Price comparison of the best-rated home security systems: Simplisafe monthly cost for monitoring is from $14.99, while the Vivint monthly cost varies from $29.99 to $39.99.

Want to install the home security system without extra help? Then, your choice should be SimpliSafe. The company offers DIY installation that means that you can install equipment within several minutes on your own. If your house isn’t that big, then the installation won’t take you longer than 10-15 minutes. The situation with the Vivint home security system is a bit more complicated. You won’t be able to install it by yourself. You need to call the professional installer and discuss the time when he will come and install the system. In most cases, the system will be installed the same day you buy it.

Both Vivint and Simplisafe security systems have emergency connections. What does this mean, and why do you need this option? Smart home systems with emergency connections make it possible to forget about all the worries. Even if something unexpected happens, alarms will inform emergency centers, and you or your family members will get the necessary help at the earliest convenience.

The system will detect CO, flood, house intruders, fire, etc. and will connect with the authorities. This function is especially useful if you are living with the elderly who may not notice the emergency immediately or may not be able to call and tell the authorities about the CO detection, fire, etc. SimpliSafe and Vivint security systems will take care of all the people living in the house as they have connections with alarms and cameras that are located both inside and outside.

Conclusion: Which One to Choose?

“Should I get the cheaper SimpliSafe or pay more for the innovative Vivint?” Have you faced a difficult choice? ” You should know that both SimpliSafe and Vivint home security systems are worth buying as they have become the most popular in today’s market. This has happened not by chance. SimpliSafe and Vivint are the best home security systems. The providers have done their best to develop the most effective home security solutions. You can feel 100% protected with either SimpliSafe or Vivint. Both SimpliSafe and Vivint companies provide customers with a unique opportunity to monitor the situation round-the-clock and control everything with the help of a mobile device. In conclusion, it can be said that choosing any of the systems, you’ll be able to forget about any worries regarding the possibility of an intrusion to your house. But if you want not only to feel safe and secure but also to use the most innovative systems, then give preference to Vivint. It has more options you won’t find in other home security systems.

Want to tell your friends that you’ve got the most stylish security system with the 2-way voice for emergency situations, indoor/outdoor cameras, and other cool features, try Vivint. If you just need to protect your home and spend as little as possible for high-quality monitoring, then entrust your home security to the SimpliSafe company that is commonly chosen by smart homeowners. Have you read the home security cost comparison but still hesitate which system will work best for you? Then, there is one simple way how you can check whether you like the system or not.

Do you remember that Vivint company offers a free trial period for using the best self-monitored home security system? Why not try how it works and then make the decision whether you need it or the options provided by SimpliSafe are sufficient for you. Have a look at the home security comparison chart and compare security companies before you make the final buying decision. Learn about Simplisafe vs. Vivint lawsuit and decide which company you can rely on. Choose the option that can meet your personal requirements at the current moment best.